Money makes the world go round

'Austerity' is a word that has become part of the current global lingua franca. 'Financial austerity' is a term that is used with more frequency in the healthcare environment than ever before. But what does it mean and should we be concerned about it in South Africa?

In economic terms, austerity describes policies used by government to reduce budget deficits during adverse economic conditions. Britain's David Cameron popularised the phrase 'the age of austerity' during a speech in April 2009, in which he committed to end years of excessive government spending. In South Africa we live in the shadows of projects like Nkandla and Sanral's e-toll. | I leave it to you to decide if austerity is a principle embraced by our government of the day.

What is indisputable, however, is that the current healthcare system is unsustainable. South Africa spends 8.9% of its GDP (gross domestic product) on healthcare, which compares with that of the UK. (In the USA this figure is 18%). But 60% of our healthcare budget is spent on about 8.7 million private insured lives, constituting 20% of the population, and only 40% of the budget is spent on 80% of the population, those not privately insured (about 43 million). You can certainly argue that the 40% expenditure in the public sector is not used wisely and that only 10% of the population contributes to personal income tax, but I challenge you with the thought that healthcare wastage is prevalent and enormous in both the public and private sectors.

Waste can be defined as expenditure on healthcare that can be eliminated without reducing the quality of care. Some areas of concern are: fraud, unnecessary services, inefficient care, administrative costs and inflated prices. According to a McKinsey Global Institute report,1 the US spends about $650 billion more on healthcare than other developed countries even when adjusting for the relative wealth of the US economy.

In South Africa we spend 3% more than the World Health Organisation's recommendation for a developing economy.

South Africa's 'financial cake' is limited in size. The healthcare budget is but one slice of the metaphorical cake, and orthopaedic surgery a small portion of it. An amount of R24 billion was paid to medical specialists in 2012.2 Of that, R5.1 billion was paid to pathologists and R4.27 billion to radiologists,3 totalling R9.37 billion for the two groups.

There is an onslaught on the financial position of the individual surgeon because we are soft targets. If we, as South African orthopaedic surgeons, don't protect our portion of the metaphorical cake, nobody will. The private hospital groups (R37.9 billion paid out by the medical funders to them in 2012) are strong, and the pathologists (R5.1 billion), radiologists (R4.27 billion) and anaesthesiol-ogists (R2.06 billion) have secured their 'portions'. We, as surgeons complain about those groups, but they have stood together, united in their approach of securing their 'slices'. My plea is that we stand together; we can be strong in association. This is the slogan I have chosen for my presidential term because I strongly believe in it.

• You are consulting and the patient tells you that he has left his X-rays at home, which happens to be 160 km away. What do you do? Do you request new X-rays? Is that not wastage? The same applies for blood tests.

Can we gain control? I believe we can if we change our attitude.

What is happening globally?

Joshua Jacobs, President of the American Academy of Orthopaedic Surgeons (AAOS), has released the following statement: 'Identifying tests, procedures or treatments that show little to no value not only helps our patients by preventing unnecessary care, but will end up saving health care dollars.' The AAOS provided the following five recommendations for the 'Choose Wisely' campaign:

2. Do not use needle lavage to treat patients with symptomatic osteoarthritis of the knee for long-term relief.

3. Do not use glucosamine and chondroitin to treat patients with symptomatic osteoarthritis of the knee.

4. Do not use lateral wedge insoles to treat patients with symptomatic medial compartment osteoarthritis of the knee.

5. Do not use post-operative splinting of the wrist after carpal tunnel release for long-term relief.

Not all the US orthopaedic surgeons agree with him, but the contrary should be proven with appropriate evidence. By 2015 the NHS in the United Kingdom needs to reduce their annual spending by £20 billion. How do they envisage doing it? Tim Briggs, President of the British Orthopaedic Association, has compiled a comprehensive report called: 'Get It Right First Time' (GIRFT). The crux of this report is that you should get the right patient to the right surgeon at the right time for the right and final procedure.

New Zealand has opted for so-called 'prioritisation'. This is the same as rationing of services. The doctors have to devise protocols. The outcome of procedures will be looked at in terms of cost efficiency. Different patients' circumstances will be compared in creating a patient-and-procedure priority list.

The common denominator in all of the above is to use evidence in decision-making. What are we doing in South Africa? I think it is high time that we start picking winner tests and procedures. In this sense I have chosen 'beneficence through evidence' as the theme for our annual scientific meeting at our 60th SAOA Congress, to be held in September 2014 in Cape Town. We should base our decisions on evidence. We should work collectively, in association, instead of individually. If we use evidence to prove our point and we do it in association, we will be strong and we will be in control. 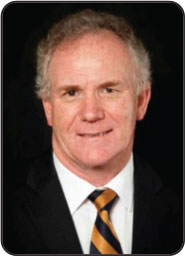 Message from the President

Most read articles by the same author(s)