Phosphaturic mesenchymal tumour, ‘non-phosphaturic’ variant: a case report and review of the literature

Background: Phosphaturic mesenchymal tumours are uncommon neoplasms, usually associated with tumour-induced osteomalacia, that occur in middle-aged adults but have been reported at the extremes of age. The ‘non-phosphaturic’ variant is even rarer.

Methods: Herein, we describe the non-phosphaturic variant in a 12-year-old male who presented to the Department of Orthopaedic Surgery with a six-month history of painful progressive swelling of his right forearm in the absence of trauma. He had no other significant symptoms.

Results: The patient had normal serum calcium and phosphate levels on biochemical analysis. An incisional biopsy was performed and a histopathological diagnosis of a phosphaturic mesenchymal tumour, non-phosphaturic variant, was rendered. Six weeks later, he underwent surgical excision of a 15×15 cm soft tissue mass from his right forearm. He had an uneventful postoperative period and was discharged. He has been followed up at the outpatient department and has been free of tumour recurrence for over 18 months since his surgery with no evidence of osteomalacia and no other tumours.

Conclusion: Phosphaturic mesenchymal tumours are rare mesenchymal neoplasms and their microscopically identical counterpart without phosphaturia, known as the ‘non-phosphaturic’ variant, is even more uncommon and may prove a greater diagnostic challenge. While the diagnosis may be confirmed by hypophosphataemia and phosphaturia secondary to the paraneoplastic phenomenon of tumour-induced osteomalacia, there may be instances, such as with our patient, where tumour-induced osteomalacia is absent. This case underscores the importance of clinicopathological correlation together with a wide differential diagnosis required to arrive at a correct diagnosis to facilitate appropriate patient management.

Zwelithini Linda, University of the Witwatersrand

Abdullah Ismail, University of the Witwatersrand 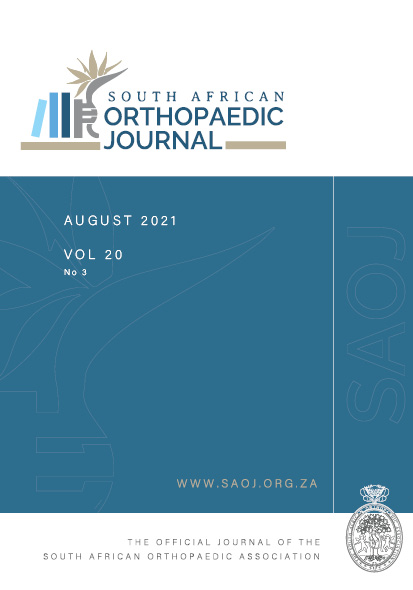