Background: As our population ages, the incidence of pelvic fragility fractures will rise accordingly. Despite these fractures having similar mortality rates to proximal femur fractures, there exist discrepancies between the management of these injuries. Although a number of pelvic fragility fractures can be treated successfully with conservative means, early treatment with appropriate surgical means should be considered in those failing conservative treatment or with unstable fracture patterns.

Case report: We present an 84-year-old female who sustained a pelvic fragility fracture after a low-energy fall. Despite adequate conservative treatment, she was unable to mobilise. She was taken for anterior and posterior fixation, using our modified minimally invasive subcutaneous technique (the Bridging Infix) for anterior fixation. At the six-week follow-up she had regained full independent mobility. She had three syncope-related falls during this period, but radiographs revealed no sign of implant displacement. One year after her surgery she had complete union of her fracture, good function and no desire to have the implant removed.

Discussion: With the expected increase in pelvic fragility fractures due to the growing elderly population, our understanding of these injuries has begun to change. Occult posterior ring injuries have been described in up to 80% of cases, while fracture progression to unstable patterns can occur in up to 15% of stable patterns. Despite conservative management being the primary treatment of choice, these patients suffer morbidity and mortality rates comparable to proximal femur fractures. Early appropriate surgical management should be considered in patients failing to mobilise. Various surgical techniques have been described, each with their own advantages and disadvantages. Newer minimally invasive techniques are gaining favour, especially for use in elderly patients. These constructs combine the low profile benefits of internal plate fixation with ex-fix principles.

Conclusion: The Bridging Infix is a modified technique for minimally invasive subcutaneous anterior pelvic fixation. Its use can strongly be considered by even the general orthopaedic surgeon in cases where patients are too frail for extensive or invasive surgeries, such as open reduction and internal fixation with plate and screws. 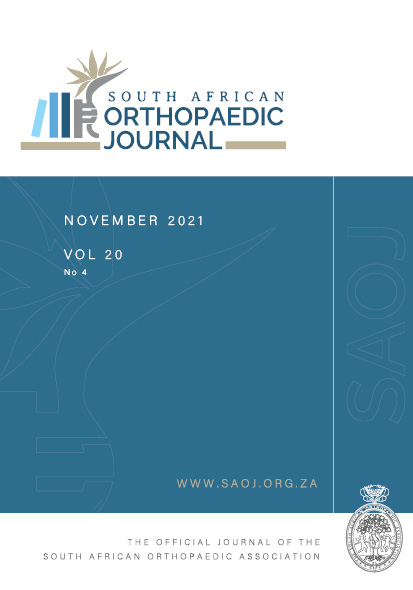